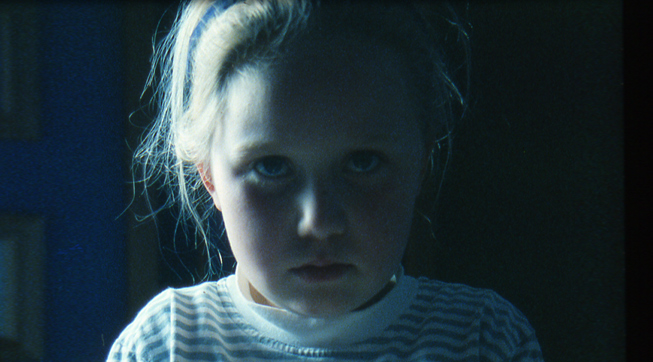 "I have travelled in the world of childhood since I was young. Children are a source of endless fascination, insight and inspiration, and, to me, childhood is the most precious of all things. In one form or another then, much of what I write and think about concerns childhood. This film is my most direct attempt yet at penetrating that world."

Critics and film festivals agreed that the attempt was successful...the film premiered in Competition at the Cannes Film Festival in 1996 and played to great reviews in many countries. Of the films on this website, it is financially the most successful.


In a blue-walled bedroom, a seven year old girl watches her goldfish, plays with her dolls, draws pictures with her crayons.

Her mother brushes her hair, buttons her school uniform, zips up her skirt.

Her father leaves for work, kissing her mother good-bye.

These are the familiar rhythms of family life, but something is wrong; the girl feels it, sees it.

She remembers how things were when she was a little girl of three, and it is rarely like that anymore.

But the child does not have the words to express her emotions, and suspects that words themselves may be the problem.

So she stops talking...