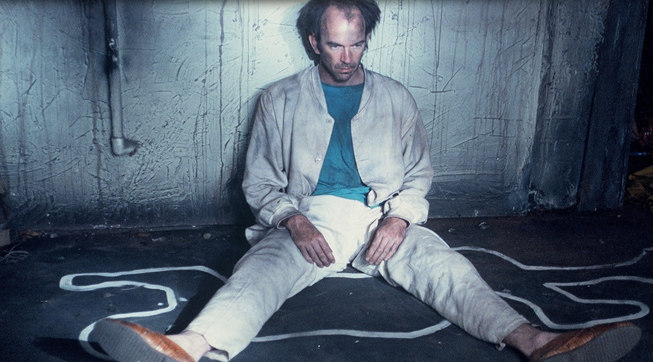 With 32 different cinematographers and a binaural sound recording rig taped to the lead actor's skull, the technical execution of Bad Boy Bubby was almost as radical as the film itself. It caused a stir on the film's first public outing, in Competition at the Venice Film Festival in 1993, and the themes of incest, brutality, god-rejection, animal cruelty, beautiful music and pizzas have continued to divide audiences ever since.

But the film has won awards all over the world, has played in festivals from north of the Arctic Circle to the equator and has been seen in cinemas in many of the countries of the world where it wasn't banned. And it ran for ten months in Norway, where it was the second-highest grossing film of the year in 2004 (only Forest Gump managed to somehow trump it).


Bubby's entire knowledge of the universe stops at the walls of the two-room slum he has been confined to for the thirty-five years since his birth. He knows of the existence of only himself and his mother.

He plays with his feral cat and the cockroaches. Mom vaguely looks after him.

Suddenly, the universe is a more complicated place than Bubby had thought. Theories of existence and behaviour are overthrown in a wild revolution that lead Bubby to seeing "Outside" for the first time.

"Outside" is a very, very strange, wonderful and terrible place, with People in it, and Music, and Pizzas, and Trees.

It is a place where survival depends not on who you are, but on who you seem to be, and if there's one thing Bubby's thirty-five years of deprivation have prepared him for, it's how to seem like someone else.