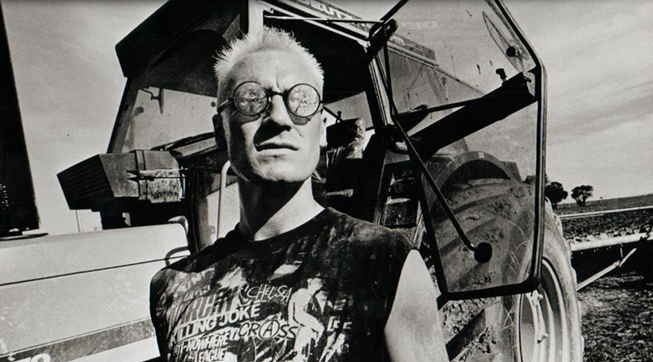 It was a film that took a long time and a lot of hard slogging to get made, and it received some splendid reviews (it also received some very bad reviews). None of that, though, was enough to save the film from a dismal end, its rights tangled as companies went broke, its release in Australia thrown away for the video dollar. But it was widely seen in Hollywood, and highly respected for its stylish and visual film making.


Country police officer Taylor, investigating the theft of the local football trophy, is combing through the still-smoking ruins of the Cleary property. He is surprised there by Dr Hemmings, an operative of some sort from within a special branch of government. Events flash back to five days before the incident.

Recently released from prison, Eddie Cleary is working for his brother, Richard and Richard's wife, Rachel, on their wheat farm next to the McCullum property, Raven's Gate. Engaged in a casual affair with local barmaid Annie, Eddie is also attracted to Rachel.

Strange things start happening. Dead birds fall from the sky, water disappears, cars stop, machines break down and a black circle appears in one of Richard's fields. Conflict rises between the protagonists as local cop Skinner becomes obsessed with Annie and Rachel falls into Eddie's arms.

Not having heard from the McCullums, Eddie heads over to discover the old couple incinerated and their house occupied by a shocking manifestation. He escapes, but the malevolent force appears headed for the Cleary farm...

Based on an Original Screenplay by James M. Vernon