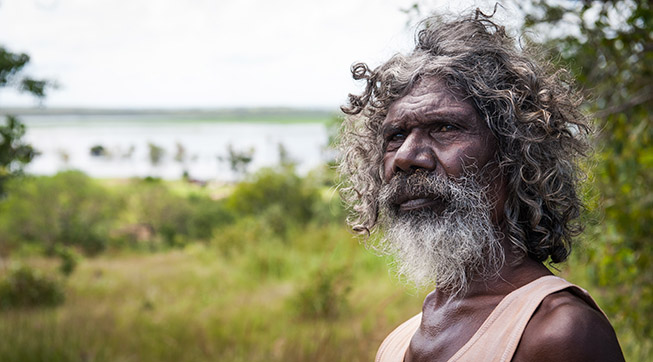 With the new invasion of his Aboriginal community in full swing, Charlie decides to make a stand...and finds he still has a long way to fall.

The film had a first riotous open-air bush screening, complete with dog fight and snake invasion, in Ramingining in Arnhem Land, where much of it was shot. Screenings of the film at the Adelaide Film Festival followed in October 2013 and Charlie's Country won the audience award for most popular feature of the festival.

The film's international premiere was Un Certain Regard at the 2014 Cannes Film Festival. Charlie's Country played to full houses, standing ovations and wonderful reviews, and won the Best Actor in Un Certain Regard for David Gulpilil.

Charlie's Country is a part of the Country suite of projects, along with associated feature documentary Another Country (as told by David Gulpilil) and the experiential work Still Our Country. The online installation www.stillourcountry.com.au is hosted by the National Film and Sound Archive.


Blackfella Charlie is getting older, and he's out of sorts. The Government Intervention is making life more difficult on his remote community, what with the proper policing of whitefella laws that don't generally make much sense, and Charlie's kin and ken seeming more interested in going along with things than doing anything about it. So Charlie takes off, to live the old way, but in so doing, sets off a chain of events in his life that has him return to his community chastened, and somewhat the wiser.