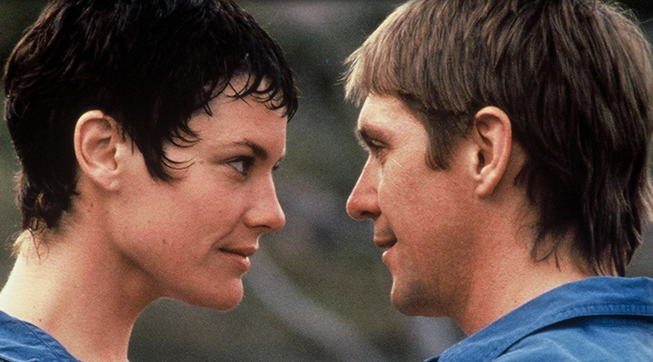 With a crew of six, two actors, a motion control system and a year to shoot, Epsilon was nothing if not ambitious. In that year of shooting, however, some of the most extraordinary shots yet committed to celluloid were achieved. The irony was, they were being achieved as the digital revolution overtook the filming process undertaken. Barely a year later an audience for the film refused point blank to believe there was not a single CGI shot in the film.

The distribution of the film was equally bizarre. The first person to see the completed film, from US company Miramax, promptly declared the film a masterpiece and paid a figure of almost three quarters of the budget of the film for the US and UK rights. When two days later Roadshow bought the film for Australia, the film was close to breaking even.

But the masterpiece was a flawed masterpiece. After a technically disastrous screening in Cannes (1,000 people turned up with tickets to a venue that could take only 500, a mess that took almost two hours, and a lot of frayed tempers, to sort out; the film broke at the climactic spot and took 20 minutes to be repaired; the speakers were so misaligned that in parts the dialogue was inaudible, in other parts the effects were so loud as to cause physical pain; and someone at the previous screening had thrown a cup of coffee at the screen which resulted in a large, irregular stain covering the entire centre of the screen), the film sank without a trace (it never sold another thing), resurfaced briefly in a different version as a result of work on it paid for by Miramax, then sank again.

The DVD in Australia, only available as part of a boxed set with other Rolf de Heer films, has both versions on it.


The stars at night, the galaxy circling overhead in all its majesty. There is movement out there, a shape twinkling in the stars, a shape of a woman tumbling through space.

She lands, not certain where she is, and finds, nearby, a man camping alone. She demands to know where she is, and when she finds out that she is on Earth, she rages, against the man, against the Earth. The man must help her leave, she says. She invades the man's life, dragging him into other time spaces to convince him that she is who she says she is, a woman from Epsilon, from another star system. The man and the woman have opposing views about the Earth: to her it is the worst place in the Universe; to him it is home, and beautiful. They stand at opposite extremes...

But life on Earth is more complicated than a single viewpoint will allow. Despite their differences, the man and the woman travel together, and learn more about each other's ways of seeing. And they fall, as this man and this woman inevitably must, in love. For Epsilon is a love story... not entirely a conventional love story, but a story about love nevertheless. It is a romance with planet Earth.