Dance Me To My Song 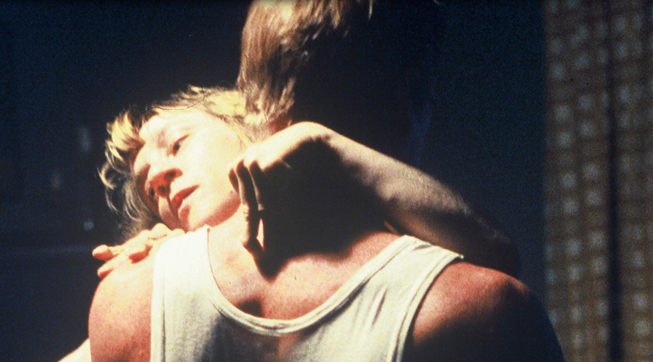 There was a screening of a cut of this film for three people during post-production...we were trying to raise some finance because some of what we had was very slow coming through. After the screening, one of the three ventured that this film would not make a single sale to any medium anywhere in the world...it was unwatchable. The second of the three said, "No, we're not going to invest in this, but I'll see you on the red carpet in Cannes". The third person said they would provide a cash flow loan to complete the film.

So we completed the film, were selected for Competition at Cannes and got to wheel Heather Rose up the red carpet, the film sold to numbers of territories, but, most remarkably, the film is still asked for, still used in teaching institutions all over the world, still discussed and analysed, still being invited to film festivals, fifteen years after we made it and ten years after Heather Rose died.


A love triangle? Depends on your point of view, really...

But what do you do when you're stuck in a fucking wheelchair and you can't talk except using a voice machine and your carer doesn't give a shit for anything except herself?

Sit round a lot, I suppose, talking to yourself.

And what do you do when a man turns up and you fancy him except your carer does too the bitch and she steals him from under your nose cause she's not a fucking spastic? You try and steal him back, of course...