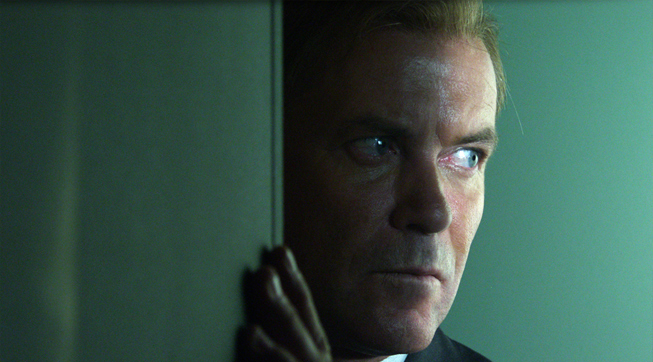 When first released, Alexandra's Project could rightly be called 'controversial'. It divided audiences and critics but made lasting impressions on many...some credited it with saving their marriage, others accused it of ruining theirs. While likely that neither is true, the film does feature a bravura performance by Helen Buday, who deservedly won a number of Best Actress awards.


Steve, a middle management office worker, is an ordinary bloke, happily going through the motions of family life with wife Alexandra and the two kids. And it's Steve's birthday, an especially happy day as Steve receives a much sought-after promotion. With good news to share at home, Steve leaves the office expecting a surprise birthday party, which Alexandra is sure to have organised..

But when he returns home, all is quiet in their townhouse. All the furniture is stacked up in a corner and it is, in fact, deathly quiet...no sudden "Surprise!", only a videotape with "watch me" on it.

Steve begins to watch it, as it'll obviously tell him what to do next. It's a recording of Alexandra and their children happily giving him their birthday wishes.

Once the children leave the television screen, Alexandra begins to give Steve a most surprising present...an alluring striptease. Steve thinks all his birthdays have come at once...

But gradually, the tape turns nasty on Steve...so nasty, in fact, that Steve discovers he's been entrapped in the townhouse.

In a panic, he races for the phone and discovers no connection. He tries leaving the townhouse only to find that his keys no longer fit the locks and the security shutters on the windows are locked tight. Remembering his mobile phone he finds that his battery has been replaced by a bullet.

Imprisoned in his own house, Steve has no choice but to watch the rest of the video tape...